“Sometimes words alone can save your life.”

Backstory first: I teach 5th grade ELAR, so you can altar this in any way to fit YOUR needs.

First up: An inference activity. That tedious standard that seems to make all of our students shake at their knees.
I take the first chapter and we read it together out loud. (The pictures of first chapter will be attached below)
As we are reading, I will stop them at certain parts and ask them to infer WHAT they think is happening? Based on Drest's body language, what can you conclude about how she is feeling/what she is thinking? Etc. This also gets them SUPER excited to read the book.

THEN after we read the first chapter, I have the students discuss how the setting affects the characters. Then students get really excited to dive into the time period.

This is a time period and region my students have ZERO idea about.
So they do some research.
Then I have them decide how THEY think they would have been during this time period. Before they continue the story, I want them to create a character, "a friend", to Drest, and how they would have been alongside her during the first chapter. (They pick back up on this AFTER they finish the novel.)

Lastly, one of my favorite things to do with kids is to have them completely rewrite the last chapter to change the outcome. I won't attach the last chapter here (you'll just have to read the story), but know - it can go many, many ways.

Here are a few teaching ideas I use with Mad Wolf's Daughter - It's a remarkable story that EVERYONE in middle grades should read! 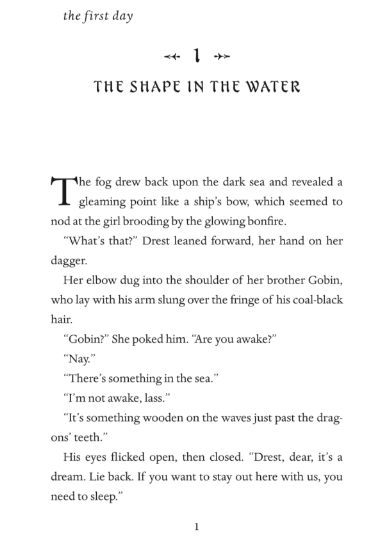 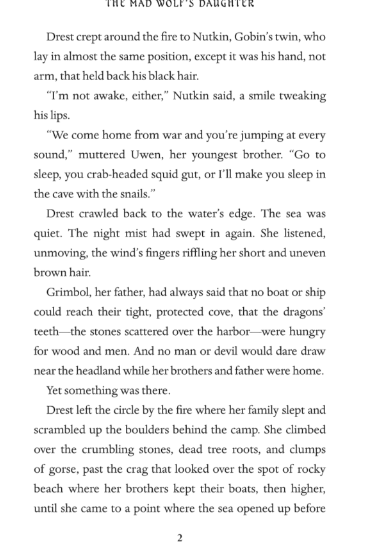 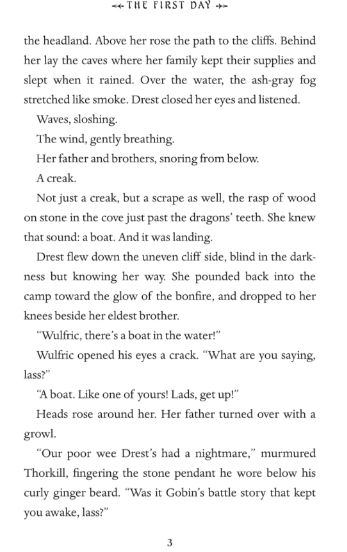 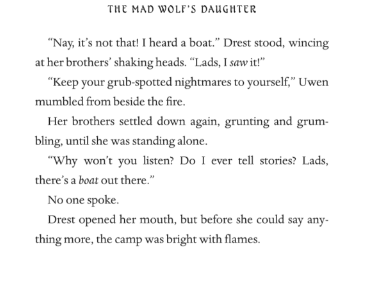 A Scottish medieval adventure about the youngest in a war-band who must free her family from a castle prison after knights attack her home--with all the excitement of Ranger's Apprentice and perfect for fans of heroines like Alanna from The Song of the Lioness series.
One dark night, Drest's sheltered life on a remote Scottish headland is shattered when invading knights capture her family, but leave Drest behind. Her father, the Mad Wolf of the North, and her beloved brothers are a fearsome war-band, but now Drest is the only one who can save them. So she starts off on a wild rescue attempt, taking a wounded invader along as a hostage.

Hunted by a bandit with a dark link to her family's past, aided by a witch whom she rescues from the stake, Drest travels through unwelcoming villages, desolate forests, and haunted towns. Every time she faces a challenge, her five brothers speak to her in her mind about courage and her role in the war-band. But on her journey, Drest learns that the war-band is legendary for terrorizing the land. If she frees them, they'll not hesitate to hurt the gentle knight who's become her friend.

Drest thought that all she wanted was her family back; now she has to wonder what their freedom would really mean. Is she her father's daughter or is it time to become her own legend?

In this Scottish medieval adventure, after attempting a daring rescue of her war-band family, Drest learns that Lord Faintree's traitorous uncle has claimed the castle for his own and convinced the knights that the lord has been slain . . . by her hand. Now with a hefty price on her head, Drest must find a way to escape treacherous knights, all the while proving to her father, the "Mad Wolf of the North," and her irrepressible band of brothers that she is destined for more than a life of running and hiding. Even if that takes redefining what it means to be a warrior.

Author Bio
Diane Magras is author of The New York Times Editors' Choice, The Mad Wolf's Daughter, as well as its companion novel, The Hunt for the Mad Wolf's Daughter. She's addicted to tea, castles, legends, and most things medieval. She lives in Maine with her husband and son and thinks often of Scotland, where her books are set.