Showing posts from May, 2020
Show all

Melanie Conklin's Video for Every Missing Piece Maddy Gaines sees danger everywhere she looks: at the bus stop, around the roller rink, in the woods, and (especially) by the ocean. When Maddy meets a mysterious boy setting booby traps in the North Carolina woods, she suspects the worst. Maddy is certain she's found Billy Holcomb-the boy who went missing in the fall. Except, maybe it's not him. It's been six months since he disappeared. And who will believe her anyway? Definitely not her mom or her stepdad . . . or the chief of police. As Maddy tries to uncover the truth about Billy Holcomb, ghosts from her own past surface, her best friend starts to slip away, and Maddy's world tilts once again. Can she put the pieces of her life back together, even if some of them are lost forever? Q: Hi! Welcome to Teachers Who Read!!! I am so excited about this new release Every Missing Piece! Can you first tell us a little bit a
1 comment
Read more 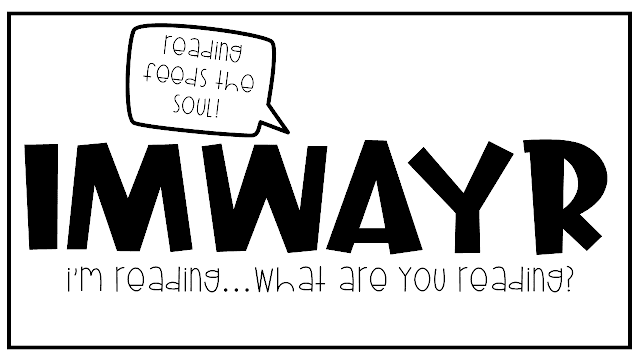 Good morning everyone! How are you all doing? I am finally getting out of a rut I have been with reading and wrapping up online learning (we have 2 weeks left). I am excited for summer break to really just relax and focus on me, my family, and reading. I think I have done so much for online learning that my brain definitely need some time of no work!    I have started to reread some of my favorite books (realistic fiction) to make a potential list of book for book clubs I will be doing with my students in the fall!  Take a look at what Cassie, Haley, and I are reading this week.  What are you reading this week?
Post a Comment
Read more

Have you ever had students that you could tell were trying really hard to be into  something that they just, well, weren't? I see it a lot in movies and TV shows - a teenage kid forcing himself to enjoy watching football because he wants to make that connection with his dad. As a teacher, and a parent, we all know how imperative those relationships are (meaning healthy, good  relationships) with their parents. This is a story that addresses just that, and much, much more.  Malcolm has never felt like he has good enough, for much really. He tried, he really did, but his parents were always at each other and Malcolm was well, caught in the middle. As I'm sure most of our own students are. In the end though, the connection he was missing the most, was with his dad. Considering he felt as though he didn't share any similarities with him - it drove a bigger wedge between them. Malcom's father was the typical up and coming sport star who never made it, so he puts all tha
Post a Comment
Read more
More posts