The Unicorn Quest Interview and Review

An enchanting, exciting fantasy about a real-world girl searching for her sister in a land full of magic and strange creatures, blending the timeless feel of A Wrinkle in Time with Frozen's powerful themes of identity, enchantment, and sisterhood.
Claire Martinson still worries about her older sister Sophie, who battled a mysterious illness last year. But things are back to normal as they move into Windermere Manor . . . until the sisters climb a strange ladder in a fireplace and enter the magical land of Arden.
There, they find a world in turmoil. The four guilds of magic no longer trust each other, the beloved unicorns have disappeared, and terrible wraiths roam freely. Scared, the girls return home. But when Sophie vanishes in the night, it will take all of Claire's courage to climb back up the ladder, find her sister, and uncover the unicorns' greatest secret.
A Kids' Indie Next Selection
A Mighty Girl Best Book of the Year
An ALA Top Ten First Novel for Youth

"Hand to readers who love Narnia." --School Library Journal on The Unicorn Quest

* "Those who love Madeleine L'Engle's A Wrinkle in Time or . . . Neil Gaiman's Coraline, can't miss this debut." --Booklist, starred review, on The Unicorn Quest

The second book in an enchanting fantasy series The Unicorn Quest, about a real-world girl and her sister in a land full of magic and strange creatures.
Claire Martinson and her sister Sophie have decided to stay in Arden--the magical land they discovered by climbing up a chimney in their great-aunt's manor. If what they've learned is true, the sisters are the last descendants of the royal family, and only a true heir of Arden--with magic in her blood--can awaken the unicorns.
Since Sophie has does not have magic, the land's last hope rests on Claire. The sisters journey to Stonehaven, a famed Gemmer school high in the mountains of Arden, so Claire can train in the magic of stone. As Claire struggles through classes, Sophie uncovers dangerous secrets about the people they thought they could trust. With Arden on the brink of crumbling, can Claire prove she is the prophesied heir and unlock the magic of the unicorns before it's too late? 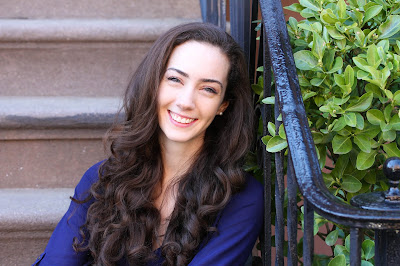 Kamilla Benko spent most of her childhood climbing into wardrobes, trying to step through mirrors, and plotting to run away to an art museum. Now, she visits other worlds as a children’s book editor. Originally from Indiana, she currently lives in New York with her bookshelves, teapot, and hiking boots.

Straight from the mouth of my babes:
"WOW. WOW. WOW."
"When is book three coming out?"
"I could NOT stop reading. I know that our mascot is a unicorn, but this just made the unicorn so much more magical with all of the action. I want SO badly to be alongside Anna and Elsa."
"Again. Book two, Mrs. Thomas. WOW."