We have had the privilege to be a part of the Influencer Team over at HarperCollins for their middle grade releases. This past month of May they had FOUR amazing releases that I think should be in EVERY middle grade classroom. 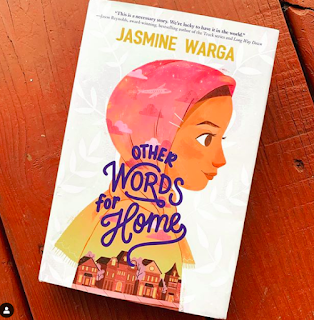 My review for Other Words for Home: Beautiful. Necessary. A book that all kids need to read and familiarize with. This will be a read aloud for my 5th graders this next year. Loved every page.

This book is a part of the Project Lit Community this year and I can not wait to share with my readers this upcoming school year and years to come. Written in a verse, this book is one to be devoured and loved.

Synopsis:
I am learning how to be
sad
and happy
at the same time.

Jude never thought she’d be leaving her beloved older brother and father behind, all the way across the ocean in Syria. But when things in her hometown start becoming volatile, Jude and her mother are sent to live in Cincinnati with relatives.

At first, everything in America seems too fast and too loud. The American movies that Jude has always loved haven’t quite prepared her for starting school in the US—and her new label of “Middle Eastern,” an identity she’s never known before. But this life also brings unexpected surprises—there are new friends, a whole new family, and a school musical that Jude might just try out for. Maybe America, too, is a place where Jude can be seen as she really is. 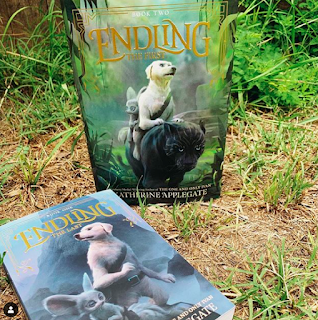 Katherine Applegate is a queen in all her glory! Endling is the PERFECT fantasy series for those of your students who want to escape the real world into a world that was amazingly described.
The characterization in the first helps readers truly delve into the world Applegate has created. A message of unity, togetherness, full of depth and complexity. Pick the series up today!

The first was a student FAVORITE this year - I can't wait to bring in the second so they can continue their story!

Synopsis:
To learn if she truly is the last dairne in the world—the endling—Byx and her friends must travel into the snow-covered mountains of the country of Dreyland, where they hope to uncover the truth behind the legend of a hidden dairne colony. But the threat of war across the lands continues to grow with each passing day.

As the group confronts untold dangers at every turn, they will ultimately uncover a treacherous plot that involves the other powerful governing species. With both her dreams and all the creatures of Nedarra on the brink of extinction, Byx and her friends are determined to never give up hope.

Soon they find themselves the unlikely leaders in a simmering rebellion that risks everything they hold dear. Byx may be the last of her kind, but will she also be the first to lead the revolution? 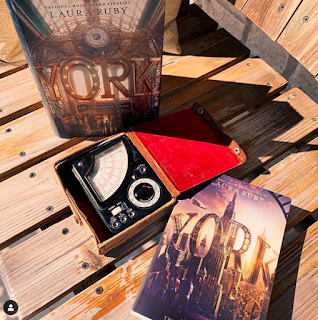 York 2 is OUT!!! More puzzles, more friendships, more ciphers. But beware; the ending is a cliffhanger - again.

Synopsis:
It was only a few weeks ago that the Biedermann twins, Tess and Theo, along with their friend Jaime Cruz, followed the secrets of the Morningstarrs’ cipher further anyone had in its century-and-a-half history—and destroyed their beloved home in the process. But the Old York Cipher still isn’t solved. The demolition of 354 W. 73rd Street only revealed the next clue in the greatest mystery of the modern world, and if Tess, Theo, and Jaime want to discover what lies at the end of the puzzle laid into the buildings of New York by its brilliant, enigmatic architects, they will need to press on.
But doing so could prove even more dangerous than they know. It is clear that the Morningstarr twins marshaled all the strange technology they had spent their lives creating in the construction of the Cipher, and that technology has its own plans for those who pursue it. It is also clear that Tess, Theo, and Jaime are not the only ones on the trail of the treasure. As enemies both known and unknown close in on them from all sides and the very foundations of the city seem to crumble around them, they will have to ask themselves how far they will go to change the unchangeable—and whether the price of knowing the secrets of the Morningstarrs is one they are willing to pay. 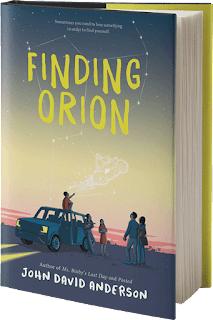 A book about understanding the Kwirks and all the quirks that come with families. The story itself is very familiar in John's writing, which my students all love, and he has a way of making you fall in love with the characters and their voice. A story of grief, family, and forgiveness. It's definitely one you will want in your classroom.

Synopsis:
Rion Kwirk comes from a rather odd family. His mother named him and his sisters after her favorite constellations, and his father makes funky-flavored jelly beans for a living. One sister acts as if she’s always onstage and the other is a walking dictionary. But no one in the family is more odd than Rion’s grandfather, Papa Kwirk. He’s the kind of guy who shows up on his motorcycle only on holidays, handing out crossbows and stuffed squirrels as presents. Rion has always been fascinated by Papa Kwirk, especially since his son—Rion’s father—is the complete opposite. Where Dad is predictable, nerdy, and reassuringly boring, Papa Kwirk is mysterious, dangerous, and cool.
Which is why, when Rion and his family learn of Papa Kwirk’s death and pile into the car to attend his funeral and pay their respects, Rion can’t help but feel that that’s not the end of his story. That there’s so much more to Papa Kwirk to discover.
He doesn’t know how right he is.