Don't Miss These May Releases 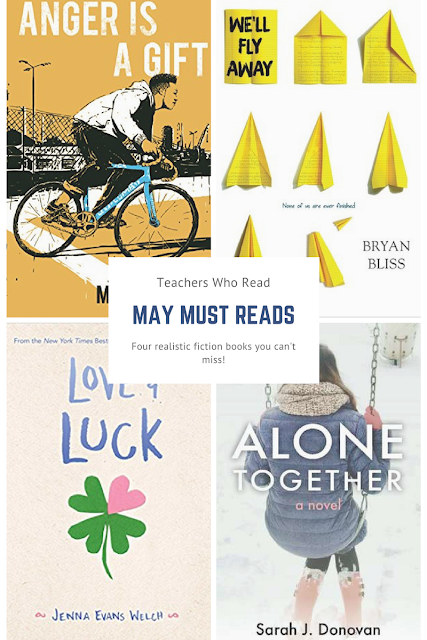 Anyone who knows me knows that I LOVE realistic fiction. Beginning in 5 grade with The Babysitter's Club, and continuing into high school with Katherine Applegate's Ocean City series, it's my go-to genre. Check out some of my favorite RF books releasing this month.

ALONE TOGETHER, Sarah Donovan: May 1

Book Blurb (Amazon): Sadie Carter’s life is a mess, as wavy and tangled as her unruly hair. At 15, she is barely surviving the chaos of her large Catholic family. When one sister becomes pregnant and another is thrown out, her unemployed dad hides his depression, and her mom hides a secret. Sadie, the peacekeeper and rule-follower, has had enough. The empty refrigerator, years of hand-me-downs, and all the secrets have to stop. She longs for something more and plans her escape. However, getting arrested was not her plan. Falling in love was not her plan. With the help of three mysterious strangers—a cop, a teacher, and a cute boy—maybe Sadie will find the strength to defy the rules and do the unexpected. Told in verse, Sarah J. Donovan’s debut Alone Together has secrets, romance, struggle, sin, and redemption, all before Sadie blows out her 16 candles. It’s a courageously honest look at growing up in a big family.

Book Blurb (Amazon): Addie is visiting Ireland for her aunt’s over-the-top destination wedding, and hoping she can stop thinking about the one horrible thing she did that left her miserable and heartbroken—and threatens her future. But her brother, Ian, isn’t about to let her forget, and his constant needling leads to arguments and even a fistfight between the two once inseparable siblings. Miserable, Addie can’t wait to visit her friend in Italy and leave her brother—and her problems—behind.
So when Addie discovers an unusual guidebook, Ireland for the Heartbroken, hidden in the dusty shelves of the hotel library, she’s able to finally escape her anxious mind and Ian’s criticism.

And then their travel plans change. Suddenly Addie finds herself on a whirlwind tour of the Emerald Isle, trapped in the world’s smallest vehicle with Ian and his admittedly cute, Irish-accented friend Rowan. As the trio journeys over breathtaking green hills, past countless castles, and through a number of fairy-tale forests, Addie hopes her guidebook will heal not only her broken heart but also her shattered relationship with her brother.That is if they don’t get completely lost along the way.

WE'LL FLY AWAY, Bryan Bliss: May 8

Book Blurb (Kirkus Review): From death row, a young man navigates prison and writes to his best friend in this powerful work of realistic fiction.


A poignant story of loyalty, abuse, and poverty is woven throughout a narrative that alternates between flashbacks to Luke and Toby’s senior year of high school (presented from their perspectives in the third person) and the present-day experience of Luke’s incarceration (told in first person through his letters to Toby). This structure allows the novel to build a slow and gripping tension as it progresses, revealing the horrific events that led to Luke’s arrest only at the very end, as the other details of the boys’ lives naturally unfold. Both are seemingly white. The two struggle to guard their friendship fiercely even as Toby becomes involved with a likable but troubled young woman and Luke falls for a different girl. The two have been lifelong friends, supporting each other through family struggles—Toby’s with a physically abusive father and Luke’s with a neglectful mother who leaves him playing a parental role to his two younger brothers. Readers will easily empathize with quiet, tightly controlled Luke, who’s college-bound on a wrestling scholarship, and goofy, self-effacing Toby.
This compassionate and beautifully rendered novel packs an emotional punch.
My Thoughts: Right before Christmas, my students were working on updating their Someday Lists, and several stumbled across this book while on Amazon. Soon, I had a dozen kids asking for the book...when I saw that the release date was in May, I tweeted the author: 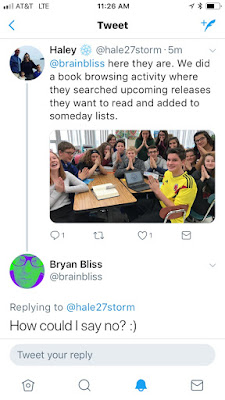 He kindly sent us an ARC, and I haven't seen the book since! It's been passed from reader to reader, and I've enjoyed the snippets of conversations I've heard during those exchanges. Everything from,"Dude, this book was lit," to "OMG, the ending!" It's safe to say this book has resonated with my students.

But sometimes Moss still wishes he could be someone else―someone without panic attacks, someone whose father was still alive, someone who hadn’t become a rallying point for a community because of one horrible night.
And most of all, he wishes he didn’t feel so stuck.
Moss can’t even escape at school―he and his friends are subject to the lack of funds and crumbling infrastructure at West Oakland High, as well as constant intimidation by the resource officer stationed in their halls. That was even before the new regulations―it seems sometimes that the students are treated more like criminals.
Something will have to change―but who will listen to a group of teens?
When tensions hit a fever pitch and tragedy strikes again, Moss must face a difficult choice: give in to fear and hate or realize that anger can actually be a gift.


My Thoughts: Pre-order this book. Now. Actually, yesterday. This deserves a spot right alongside The Hate U Give, Dear Martin, and Ghost Boys. 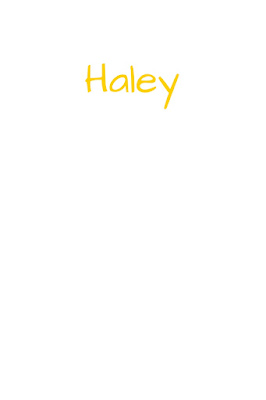