Addison Cooke and the Tomb of the Khan - Review and Tour

- November 27, 2017
“What to give the kid who’s read all the Harry Potter and Percy Jackson books? Try Addison Cooke.” –Parents Magazine
ADDISON COOKE AND THE TOMB OF THE KHAN
By Jonathan W. Stokes

Teacher review:
The first thing that got me hooked in wanting to read this series was the description of "The Goonies meets Indiana Jones." My only downfall is that I'm not 100% sure half my students know what the Goonies are or even Indiana Jones for that matter so that would lead into a whole different discussion.
Addison Cooke and the Tomb of the Khan is the second installment in the series. As a teacher, series are a dream for  majority of stories. Especially those that involve adventures and journeys led by a kid their age.
The imaginative description of Addison's adventures are sure to have kids hooked from the start. Not only are they trying to keep treasure from falling into the wrong hands, they also have rescues that have to occur. This story is ACTION packed as well as full of laughs that will keep kids entertained!
Bonus: The fact that Jonathan was a teacher turned Hollywood script writer is a great way to book talk Addison Cooke into showing students what they are capable of and just how far talent and perseverance can take them! 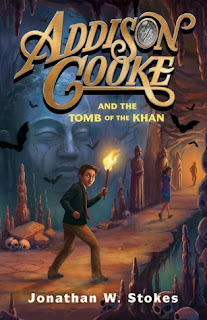 Addison Cooke is back in his latest laugh-out-loud adventure: ADDISON COOKE AND THE TOMB OF THE KHAN (Philomel; on sale November 14, 2017; 9780399173783; grades 3-7). Complete with a cast of funny, kid-friendly characters reminiscent of The Goonies, and a quest to discover ancient secrets, Addison strikes gold once again in his second adventure: this time a journey through Asia in pursuit of the legendary tomb of Genghis Khan.

Fresh off a victorious treasure hunt and rescue mission in South America, Addison Cooke just cannot seem to avoid rogue bandits, pesky booby traps, and secret treasure troves lined with gold. Such is the life of a junior archaeologist. Just as reliably, as Addison attracts adventure, his aunt and uncle attract kidnappers! This time they find themselves becoming the pawn in a Chinese gang's plan to steal the Khan's most prized possession, his golden whip. When a third player enters the race, a Russian gang intent on nabbing the goods and exacting revenge for what happened with the treasure of the Incas, Addison and his friends find themselves once again caught in the middle, trying to rescue his family and stop the treasure from falling into the wrong hands!

Jonathan W. Stokes (www.jonathanwstokes.com) is a former teacher who is now a Hollywood screenwriter. He has written screenplays on assignment for Warner Brothers, Universal, Fox, Paramount, New Line, and Sony/Columbia. Inspired by a childhood love of The Goonies and Ferris Bueller’s Day Off, Jonathan set out to write his first novel, Addison Cooke and the Treasure of the Incas. Born in Manhattan, he currently resides in Los Angeles, where he can be found showing off his incredible taste in dishware and impressive 96% accuracy with high fives. Follow Jonathan on Twitter @jonathanwstokes. 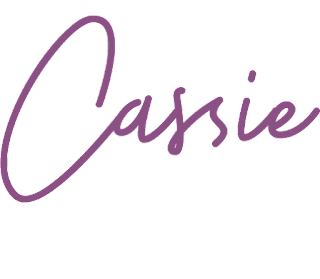